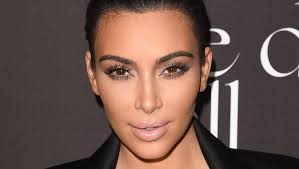 It’s pretty obvious that there’s nothing real about Reality TV.  It’s as carefully crafted as its scripted cousin.  The only difference is the actors are playing themselves.  So be it.  In the great scheme of things, the difference between Tori Spelling and Sansa Stark is minimal. (BTW, I have no philosophical bitch with Reality TV.  I don’t necessarily watch it, but I think it’s a perfectly acceptable form of entertainment — certainly as valid as the Game Show, The Cop Show and The Sit-Com.)  Unfortunately, Reality TV has one dreadful side effect — the media whore.

You’ll probably be shocked to know that the media whore was actually born on PBS, the squeaky clean Boy Scout of American broadcasting.  (No, it wasn’t Big Bird!)  In 1973, Public TV broadcast An American Family, a point-and-shoot chronicle of the Loud family — Bill, Pat and the kids.  Highbrow television being what it is, the series was called a documentary.  A rose by any other name….  Our society still had a modicum of dignity in those days, so it took a generation and the Europeans to push us over the edge of the Reality abyss.  In the 90s, Dutch TV came up with Nummer 28 the inspiration (“plagiarism” is such a hard word) for MTV’s The Real World.  From there, it was a slippery slope through Big Brother and American Idol to Paris Hilton, Phil Robertson and the High Priestess herself, Kim Kardashian.

The apologists dress these media whores up in all kinds of reasonable clothes, from the aforementioned documentary to straight comedy, to struggles with adversity and personal pain.  Yeah, right!  The truth is they are simply not content with Andy Warhol’s 15 minutes of fame.  They don’t just like the camera, they lust after it.  And they’re willing to do anything to satisfy their narcissism.  They will sell themselves, their children, their dignity (Lance Loud invited the PBS cameras back to film his death.) and their very souls to get it.   But the scary thing is — the frightening core of this contemporary phenomenon is — if they are the whores, we are the clients.  We, the audience, are the Johns of their peek-a-boo prostitution.  In fact, we built the brothel, and every time the Internet bends, breaks or beats Obama’s record, we add on another room.

As anyone in the media will tell you — it’s all about the numbers. 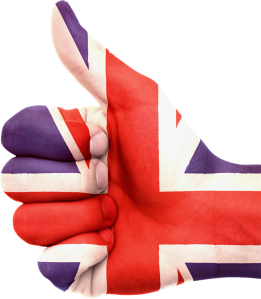 In North America, just like fishnet stockings and a push-up bra, a tuxedo and a British accent is so close to being soft core porn it should have a warning label.  This is why we’re up to our entertainment elbows in expat Brits.  They’re all over the place, from John Oliver’s weekly dose of escalating indignation to this new guy, James Corden, whose nightly impression of Ricky Gervais isn’t actually all that bad.  But that’s the secret.  The British accent is so sexy on this side of the Atlantic, Brits don’t have to do much except show up.  You could give Bobo the dancing bear a bowtie and a few long vowels and even PETA would tune in.  There’s nothing wrong with this, BTW, I just find it fascinating.

Check it out.  Need a Lincoln?  Look in London.  Batman?  Same again, please.  Superman?  One more time.  Even Spiderman is a Brit, if not by birth.  How about a villain who will literally steal the show?  If Alan Rickman’s busy, try calling Tom Hiddleston.  David Tennant could read the Ipswich telephone book and get an Emmy, and Benedict Cumberbatch has so many Cumberbitches is tow he wouldn’t even have to read it.  Mark Strong, Kit Harington, Henry Cavill — the list goes on, and I haven’t even cracked open the Who’s Who of the Harry Potter franchise yet.  There are so many Brits kicking around the American media these day that Jude Law, Hugh Laurie and Damien Lewis don’t even count anymore.  It’s a wonder Clooney and the boys aren’t reduced to marrying rich lawyers or doing Chanel™ commercials just to make ends meet.

So what’s the deal?

Some people say our Anglophilia comes from watching too much PBS as children.  After all, Masterpiece Theatre has been American highbrow for over forty years, from Upstairs, Downstairs (the first time) to Downton Abbey, with any number of Emmas thrown in the middle.  Plus, for decades, Public TV has been so successfully murdering Brits every week that they’ve worn out one Sherlock Holmes and possibly three Miss Marples!  That’s a lot of cultural tea and crumpets for impressionable young minds to digest.

Personally, though, I disagree.  I believe our insatiable love affair with the Brits started here (see video) and is now irrevocably twisted into our DNA.  (And kids, if you don’t know who this is, ask your grandmother — she’ll remember.) 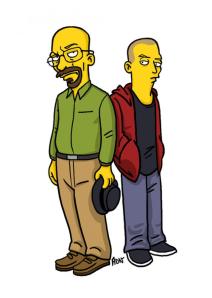 I’m probably the only person on this planet who wasn’t watching TV last Sunday night.  That’s not unusual because I didn’t see the last episode of MASH, Seinfeld, Friends or Dexter either and, to this day, I have no idea who shot JR.  (Maybe Bobby did it in his sleep?)  I don’t do this stuff on purpose.  I have no philosophical grievance against popular culture; after all, I can name all the dead people on Game of Thrones.   It’s just that popular culture mostly eludes me at the time.  There’s so damn much of it, and it’s easy to tangent away from what’s really important.

I have no idea what I was doing back in 2008 when Breaking Bad first hove up on the horizon.  It doesn’t matter, though, because by the time my friends were waxing eloquent about the antics of Walt and Jesse, I was hopelessly behind and the viewing curve just kept getting steeper.  At the end of Season 3, I realized I had to either take a weekend, OD on Season 1 and get formally addicted — or walk away.  I walked away and probably missed what most critics are calling one of the best dramas television has ever had to offer.  Oh, well!  I have the feeling they’re going to say the same thing about Mad Men when it finally folds up its tent in a couple of years — and with good reason.  My point is that, after decades of being aptly named an “idiot box,” television is now producing some of the finest art of this century.  The problem is unless I want to spend half my waking life smoothing out the ass groove I’ve established in my sofa, I have to miss some of it.  Thus, Walt and I were never friends, so, in reality I cannot mourn him.

However, at the risk of pissing off a bunch of Walt’s legitimate mourners, I’m going to say Breaking Bad was not actually the best thing to happen to TV since John Frankenheimer hung out his shingle on Playhouse 90.  It was good, even great, but the fact is Breaking Bad was only one program in a general resurgence of quality television.  Look around.  Ever since Tony Soprano and his crew showed up on HBO in 1999, there’s been a continuous stream of heavy duty drama on television.  Quality is not an issue here.  This stuff is universally terrific.  Led by Showtime, HBO and AMC, viewers like me can wear out their PVRs recording it all or wait and pick and choose it later on YouTube and Netflix (which, btw, has some cool stuff of its own going on, notably Portlandia.)  We live in a wonderful time when we not only have quality entertainment, we have great quantities of it.

It’s a simple case of a rising tide raises all ships.  Breaking Bad was one of those ships.  It had to be good in order to sail with the likes of Dexter, Boardwalk Empire and the aforementioned Mad Men.  Was it better?  It is right now because that’s how popular culture works (the operative word is “popular.”)  However, I remember a time when Twin Peaks was the best thing since cherry pie and, not so long ago, when the critics were lauding Lost as a replacement for cherry pie altogether.

Breaking Bad is now part of our collective culture.  Taken as a whole, it’s certainly one of the best and brightest of this current Golden Age of TV.  Whether it’s a defining moment remains to be seen, and I’m too old a bunny to start stopping the presses to make that announcement.  Culture, like water, has a way of finding its own level, and despite what the critics will tell you, it takes a while for things to even out.  I plan to watch Breaking Bad eventually, but I want to wait for the tumult and the shouting to hype itself out before I do it.