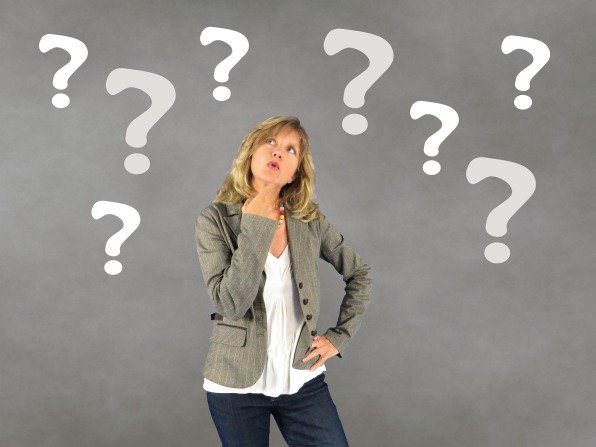 In a different life, I used to go to dinner parties.  You remember those: friends got together to eat and drink and talk about the people who weren’t there.  I used to love it when the wine outlasted the dessert and all the boors and bores would hit the road and leave the field to the serious among us.  At really, really good dinner parties, that’s when the parlour games come out.  There are a number of them (I’ve mentioned them here, before) and most are a lot of fun.  One of my favourites is quite simple: everybody takes a turn to wonder out loud about something they’ve never understood.  As the circle gets tighter, the questions get better and can provoke general agreement and/or heated discussion. Either way, most of them are interesting insights into the world around us.  Here are a few of my favourites (as close as I can remember.)

Why can Keanu Reeves be so good in Bill and Ted’s Excellent Adventure, The Matrix and John Wick and suck so badly in everything else?

Does anybody watch regular TV anymore?

Why does everybody win in Vegas — except me?

Why did August get 31 days instead of September?

Why doesn’t glue stick to the inside of the container?

Why do people who say they don’t believe in God, always talk about guardian angels?

How come a pizza can get to my house faster than the cops?

Who cares if a tree falls in the forest?

Why do potatoes have more chromosomes than people do?

Why do dogs hang their heads out the window of a car moving at 60 kph but hate it when you blow in their faces?

Who owns the Internet?

How does aspirin know the difference between a headache and a sore knee?

Why, whenever there’s a riot anywhere in the world, are the protest signs always in English?

What is déjà vu “really?”

Is the light at the end of the tunnel that people say they see when they’re about to die, just being born again?  (I think somebody cheated on this one – just sayin’.)

Why didn’t Gandalf just fly Frodo to the top of Mount Doom on the eagles that rescued him?

Is calling it Mother Nature just a sneaky way of saying God?

Why, when adults talk to kids, dogs and old people, do they use the same voice?

Why do light years measure distance, not time?

Why didn’t Samantha Stevens realize she was sleeping with the wrong Darren?

And my personal favourite:

Is Harry Potter just a psychotic kid who made up the whole Hogwarts thing to cope with his miserable life, living under the stairs?

Why television advertisements for hearing aids don’t have subtitles.  It seems to me they’re missing their target audience.

Why, after a murder, it’s always some jogger who finds the body.  I don’t trust joggers — uh — or people who walk their dogs, either.

Why single women in romantic comedies all have crap jobs but fabulous apartments full of cool furniture.  And how — exactly — are they paying for all this?

Why vegans always announce they’re vegan at parties.  Are they worried somebody’s going to accidently drop a pork chop in their drink?

Why Johnny Depp resigned from The Too Cool Club.

Why people use the phrase “funny as hell.”  By all accounts, Hell isn’t the least bit funny.

Why Nala from The Lion King and Maid Marian from Robin Hood aren’t Disney princesses.  I think it’s a clear case of species-ism (specaphobia?)

Why a stress ball isn’t for throwing at people who stress you out.

Why people watch horror movies.  I fail to see how scaring the bejesus out of yourself passes for “entertainment.”  And that goes double for scary rides at the State Fair.

Why, when you can be anything you want on social media, people choose to be stupid.

On September 20th Internet search engine Ask and, in Britain, Ask Jeeves posted a top 10 list of “unanswerable” questions.  Apparently this list is based on over a billion queries made on their site since it started in 2000.

What a joke!  These questions are totally answerable.  In fact, they’re easy.

What is the meaning of life?

There is no meaning.  Human beings are just techno-termites toiling away at our structures whether they be monster hotels in Vegas or virtual agriculture in Farmville.

Is there a God?

Of course!  Do you really believe people like Glen Beck and Lindsay Lohan are the result of millions of years of natural selection?

Do blondes have more fun?

Yes, but they don’t know it.

What is the best diet?

Are you kidding?  The Mediterranean Diet – tons of salad and bread, 600kinds of pasta, 300 different sauces, every cheese known to man – including Parmigiano – and, if that isn’t good enough for ya, there’s tons of pizza and a bottomless bottle of wine, and – oh,yeah – you get gelato at the end of it all!  Like Jenny Craig can compete with that?

Is there anybody out there?

Given that there are billions of galaxies in the universe, each of those has billions of stars in it and each of those has planets revolving around it, and take into consideration that each one of those planets has had billions of years of evolution for intelligent life to come crawling out of the primeval ooze, then yes, certainly there is somebody out there.

However, the Area 51/Roswell/Alien autopsy/ UFO conspiracy folks are still idiots because, given that there are billions of galaxies in the universe, each of those has billions of stars in it and each of those has planets revolving around it, what are the chances that any intelligent life would travel several Light Years through directionless space to visit Dawna and Eddie in a trailer park in Nevada?  Especially since the Dawna-and-Eddies of the universe never have batteries in their cameras and can’t figure out focus…

Who is the most famous person in the world?

The warm feeling between “Hell-o” and “Of course, we’ll always be friends.”

What is the secret to happiness?

Yes, but what most people don’t know is that Meadow takes over the family (a la Annalisa Zucca, the Italian crime boss from Napoli in Season Two.)  She tells Patrick Parisi to take a hike and brings Furio Giunta out of hiding to help her run the show.  She locks up her little brother in an extended care facility in New Mexico and then takes over what’s left of Phil Leotardo’s organization.

How long will I live?

Right up until you see that light at the end of the tunnel or the point of impact – whichever comes first.