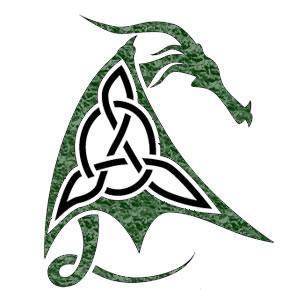 As you may have guessed, March 17th, is St. Patrick’s Day — when everyone in the world is Irish.  Unfortunately, due to the economic slowdown, Ireland can no longer afford to grant everybody temporary Irish citizenship.  Therefore, they have devised a series of questions to test your knowledge and commitment to Ireland heritage.  Please consider every question carefully and answer truthfully.
Lying will be severely punished.
When you have completed your quiz, e-mail the answers to Tourism Ireland — they will be pleased to hear from you.  On St. Patrick’s Day, regardless of your test scores, you may drink Irish beer (whiskey) sing Irish songs, dance Irish dances, read Irish poetry etc, etc, etc.  However, unless you passed the test and have been officially notified, you may not wear any goofy “Kiss me, I’m Irish” paraphernalia, including (but not limited to) hats, t-shirts, buttons and underwear.  Thank you for your cooperation, and good luck. 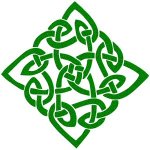 because:
a) some idiot gave him a typewriter
b) He knew you can fool some of the people all of the time
c) he couldn’t actually see what he was doing
d) he lost a bet with Yeats

3 – Which of the following (be specific)
a) The Playboy of the Western World
b) County Cork
c) the foggy, foggy dew
d) Ryan’s Daughter
e) Bernadette Devlin’s cousin

4 – Which of the following does not have a prominent statue in Dublin?
a) Oscar Wilde
b) Molly Malone
c) James Joyce
d Barack O’Bama

6 – The phrase “Erin go bragh” means:
a) All girls must wear underwear
b)Let my people go, ya thievin’ English bastards
c)Who’s for another pint, then?
d) Like “aloha,” it doesn’t mean anything — until the tourists show up

7 – The Irish used to eat a lot of potatoes because:
a) They’d been on sale since the 4th century
b) Wouldn’t you, under similar circumstances?
c) They were involuntary vegetarians
d) the recipe called for them

9 – Sinn Fein is:
a) a community group whose members just happen to carry automatic weapons
b) the political wing of the International Realtors’ Association
c)Bombs ‘R’ Us
d) The love child of Eamon de Valera and Connie Markiewicz

12 – Ireland is:
a) 4 million alcoholics, clinging to a rock
b) a Celtic theme park off the coast of Europe
c) a minimum security prison for poets and folk singers
d) a large greenspace filled with a whole pile of people still pissed off about that Easter thing

13 – Saint Patrick drove the snakes out of Ireland because:
a) he wanted them all for himself, the greedy bugger
b)eco-diversity hadn’t been invented yet
c)he was giving them up for Lent
d) some Englishman told him not to

14 – “I’d rather rule in Ireland than spend the rest of my life in a stinking English prison.” – Liam, Prince of Donegal (1573-1604)
In a land of poets and storytellers, why did Liam take such great pains to state the bloody obvious?  Be specific.

Score:
If you answered yes to any of the questions, you’re a moron and don’t deserve to be Irish.
If you sang your answers – You’re Welsh!
If you’re still stuck on Question 4, you might very well be Irish.
If you re-programmed the quiz to make a video game called

“Leprechaun Hunter,” you need to come out of the basement and ask your parents if you’re Irish — if they haven’t already moved.
If you answered the questions on YouTube and declared yourself the winner, Sheen is an Irish name.
If you answered – a – c – c – d – true – d – b – wtf – a – d – no – c – d,  congratulations!  The party starts at 6 and the poetry starts at 7.  See you there!

Of course, #14 is a trick question.  If we remember our Chronicles of Cork, what Liam, Prince of Donegal actually said was, “I’d rather go to school in Ireland than spend the rest of my life in a stinking English prison.”  Which mays a lot more sense.