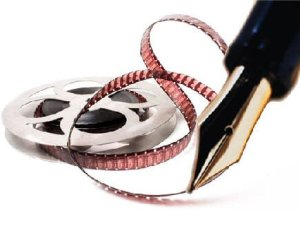 There’s been a tectonic shift in the cosmic balance on earth this week.  Less than a month ago, Rupert Murdoch was the name mothers used to frighten little politicians.  “Eat your vegetables, Tony, or Rupert Murdoch will get you!”  Today, British lawmakers are skipping through the halls of Parliament, singing “Who’s afraid of the big bad Murdoch?” and have actually invited the bogeyman to come and see them.  (Personally, I thought he’d tell them to go take a hike.)  The reason the Members of Parliament from all points north of Land’s End have found their cojones is that in the great game of sleaze, Murdoch blinked.  He admitted he had his fingers in the cookie jar when he shut down News of the World.  Had he brassed it out, I’m not so sure the honourable members of Her Majesty’s realm would be talking quite so tough this morning.  However, they are, and it’s a new world.  The King of Tittle-Tattle, whose very name used to scare the bejesus out of elected officials in Britain, is going to be judged.  And as sure as eggs is eggs, he’s about to get a thrashing – six of the best, trousers down.  Paybacks are… you get the idea.

However, this brings us to an interesting point.  For more than a century,

journalists have been collecting, categorizing and rating everything they could get their grimy little mitts on.  Theatre critics pan plays at their leisure.  Food critics can make or break a chef’s Cordon bleu, and movies flare or fade depending on who gets invited to the Premiere After Party.  Plus, every media outlet has an Op-ed section where editors or anchors blow forth on everything from scientists to celebrities.  No one is safe from journalistic judgement.  If you happen to step into the spotlight, expect somebody with a laptop or a camera to peek into your underwear drawer and critique your selections.  They do this because, in general, the public – us — want somebody (in this case journalists) to sift through the crap of life – books, plays, politicians — and tell us what’s good enough to waste our time on.  It’s easier than hunting this stuff up for ourselves.  Unfortunately, as we’re finding out, things have gotten way out of hand.

Of course, journalistic judgement is all just a matter of opinion, but some critics actually start believing their reviews.  They write and speak as if theirs is the lost testament of the prophet Ezekiel, and wield power like a cut-rate Oprah on Book Club day.  In short, the audience goes to their head.  They expect respect, and when they don’t get it, they become savages.  Cross a journalist too many times and you’ll find yourself playing Lord of the Flies, The Home Game – and you’re Piggy.  Rupert Murdoch’s employees are just the major league version.  Believe me, it works the same with the Willow Bunch Shopper or the North Nowhere Weekly Bugle.  This is how Murdoch got so scary.

However, now that the mob has turned against him and his minions, maybe it’s time we quit relying on journalistic opinion.  Perhaps we should even come up with a rating system for journalists.   After all, they’ve been doing it to the rest of us for years.  Some celebrity gains five pounds and he’s over the hill.  Somebody else makes an unsubstantiated charge of sexual harassment (or worse) and the roof caves in.  And there hasn’t been a politician since 1945 who wasn’t compared to Adolf Hitler at least once.  (Currently, Barak Obama is rated two Hitlers wide and four Hitlers high.)  Maybe it’s time we turned the telescope the other way on these gasbags, cracked out the Sleaze Meter and did some comparison shopping.

The problem is how would you rate them?  Like fast food: sleazy, extra sleazy 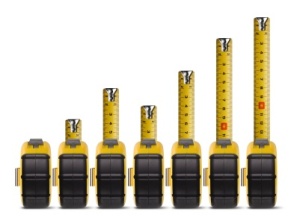 and super-sleaze-me?  Or maybe like movies, except instead of stars, we could use buckets of slime?  That way we could talk about three and four slime journalism.  Or perhaps we could just use an inverted triangle with Rupert Murdoch upside down at the bottom and the rest of them clawing their way down to get there.  Personally, I like a straight number system; International Murdoch Units.  For example, a newspaper that hacks the phone records of teenage murder victims could be assigned 100 International Murdochs.  A television network that convicts a lacrosse team of rape — without any evidence  – could be given 99.5 Murdochs.  Radio stations that blather on about President Obama’s birth certificate could be given 99 units and so on and so forth.  Journalists themselves could also be assigned numbers starting with Rebekah Brooks who could be 100 Murdochs, Nancy Grace could be 99.999 and guys like Glenn Beck 106.  Then a simple formula of accumulated International Murdoch Units divided by the journalist’s own Murdoch Number would reveal just how sleazy each media outlet is.  Eventually, we news consumers could get a pretty clear picture, and we could adjust our reading, viewing and listening habits accordingly.

This is a great idea whose time has come because, while I do NOT advocate censorship, some really despicable characters have been hiding behind freedom of the press for years.  And somebody better take a good, hard look at what journalists have been up to lately — and not just in Britain, either.