Despite rumours to the contrary, the art of conversation hasn’t died.  It’s going on all around us — at 140 characters a second.  However, it’s ill; in fact, it’s in intensive care.  We don’t talk anymore because we don’t have to.  It’s a shame, but that’s the truth.  We communicate further, faster, to more people, more often, these days than at any other time in human history.  Unfortunately, it’s all without ever opening our mouths, although, sometimes the texting tongue is hard at work.  Wouldn’t it be the ultimate kick in the head to all the Fahrenheit 451 Doom Merchants (who’ve been predicting the end of books since the dawn of time) if we actually evolved beyond spoken language?  Could happen, but I doubt it.  We’d miss the sound, the cadence, the pause and that incredible nanosecond of recognition on the other person’s face.  Here are a few gems that might inspire you to help conversation get better.

Dorothy Parker (1893 – 1967)
Part of the famous Algonquin Round Table, Dorothy Parker had a wit that cut like a whip through warm butter and she didn’t care who got splashed.  She wrote for Vogue, The New Yorker and Vanity Fair, as well as writing a regular review column called “Constant Reader.”  Parker also wrote plays and worked in Hollywood as a screenwriter, but it is her ability to turn a phrase inside, outside and upside down that we remember today.

This novel is not to be tossed lightly aside, but to be hurled with great force.
The best way to keep children home is to make the home atmosphere pleasant — and let the air out of the tires.
Brevity is the soul of lingerie
The only “ism” Hollywood believes in is plagiarism.
That woman speaks eighteen languages, and she can’t say “No” in any of them.
Money cannot buy health, but I’ll settle for a diamond-studded wheelchair.
She runs the gamut of emotions from A to B. (reviewing Katherine Hepburn.
Men seldom make passes/At girls who wear glasses

Will Rogers (1879 – 1935)
Interestingly enough, the social commentary of humorist Will Rogers is as biting and relevant today as it was seventy years ago.  Rogers, whose “cowboy philosopher” made him famous, always credited his success to simple observation.  He appeared in movies and wrote a newspaper column, but it was his stage show that was the most popular.  It would be interesting to hear what Rogers had to say about how little things have changed since his time.

Income tax has made liars out of more Americans than golf.
Even if you’re on the right track, you’ll get run over if you just sit there.
Democracy is the form of government you have to keep for four years, no matter what it does.
I would rather be the man who bought the Brooklyn Bridge than the man who sold it.
Everybody is ignorant, only on different subjects.
The minute you read something you can’t understand, you can almost be sure it was drawn up by a lawyer.
I can remember way back when a liberal was one who was generous with his own money.
There’s no trick to being a humorist when you have the whole government working for you.

Mark Twain (1835 – 1910)
Although Samuel Langhorne Clemens is noted for his novels (which include two classics of American literature, Tom Sawyer and Huckleberry Finn)  he was also a popular public speaker.  In fact, after losing most of his money to bad investments in 1893, he literally talked his way out of debt by lecturing around the world.  Here are just a few examples of Mark Twain’s famous wit and some of his comic observations.

There is no distinctly American criminal class — except Congress.
Never put off until tomorrow what you can do the day after tomorrow.
Water, taken in moderation, cannot hurt anybody.
If you tell the truth, you don’t have to remember anything.
The man who does not read good books has no advantage over the man who can’t read them.
An ethical man is a Christian holding four aces.
Wagner’s music is better than it sounds.
Reports of my death have been greatly exaggerated. (reply to the New York Journal which reported him dead) 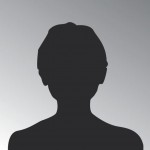 Anonymous
Greater than Mark Twain or Will Rogers, greater even than the great Will Shakespeare himself, the greatest wit of all time is, of course, Anonymous.  Throughout history, Anonymous has effortlessly plucked wisdom from what seems to be thin air and shared it with the world.  Brilliant and unselfish, “Anon” (as he and she are affectionately called by friends) is, a genius for all time.

Show me a good loser and I’ll show you a loser.
Under capitalism, man exploits man; under socialism, the reverse is true.
It’s easier to get forgiveness than permission.
The people who think they know everything are very irritating to those of us who do.
If it wasn’t for the last minute, nobody would get anything done.
When you talk to God, you’re praying.
When God talks to you, you’re crazy.
Whoever said money can’t buy happiness didn’t know where to shop.
Happiness is a child whose father dies rich.

Internet (1972 – Present)
No greater democracy exists than the Internet.  Anybody — and I mean anybody — can be as smart or as stupid as they please, across the entire planet!  The witless wisdom of common humanity is on display 24/7 and nobody can stop it.  But, as a wise website once said, “Just because you can communicate doesn’t mean you have to.

Life is uncertain; eat your dessert first
I’ll be glad when they finally save the environment so I can go back to styrofoam cups.
Nobody ever bets enough money on a winning horse.
It’s like taking a broom and a cauldron to a witch hunt.
If you die with all the toys, you’re still dead.
Life is short: summer is shorter.
He’s got all of his marbles but some of them are square.
“Nouveau riche” is better than no “riche” at all.