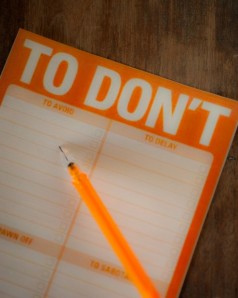 Christmas is not only the biggest holiday in North America; it’s also the most complicated.  The logistics of pulling off a flawless modern Christmas can be so daunting even Martha Stewart sometimes makes a run for the eggnog.  However, just because you want a nice Christmas doesn’t mean you have to turn into the person you most hate.  You know the type.  They’re those smarmy, organized buggers who made a Xmas To Do List, back in September (on their iPad) and wander around most of December looking smug and checking things off their comprehensive list – from their phone.  They’re the ones who have the perfect tree, the matching cedar wreath and lights just the right length to go exactly around the winter scene window.  Their placemats are Egyptian linen, their tinsel is biodegradable and their dog is never sick. They always find those great esoterically appropriate gifts which you know you could have found, too — if you had more time.  And they always seem to have enough time left over to show up at your house with handmade candy canes.  These people were put on Earth to vex the rest of us who do Christmas like a hamster running on a wheel, and despite moments of envy, nobody wants to be like them.  Yet, in order to at least get into the neighbourhood of a stressless Christmas, we all need a little guidance.  I’ve devised a generic Christmas To Don’t List, just to help you along.  Some people might not need all of the items but everybody is going to need at least one.

1 – Don’t fight with your family.  It’s only a couple of days, for God’s sake  Be nice.  Yes, the conditions are just right for a good old-fashioned family flare-up: you can’t get away; you’re bored out of your skull; Ray’s wife is still the bitch she always was; and if you hear one more of Uncle Eddie’s long-winded, go-nowhere stories, you’re going to hang yourself in the garage.  But that’s not the point.  Remember, Ray might divorce what’s-her-name and marry somebody way worse.  Uncle Eddie’s might die and you’d be saddled with Aunt Louise for all eternity, and maybe some of the family think you’re the one who’s the jerk.  If you want to, you can change your friends like long distance runners change their socks, but this is the only family you’re ever going to have: make the best of it.

2 – Despite the need to control the urges of To Don’t #1, don’t tie into the adult beverages like it’s the end of prohibition.  This includes the Office Party, the neighbours’ Open House and Christmas Dinner itself.  Nobody’s going to take the booze away; pace yourself.  If you don’t, you run the risk of putting Bob from shipping in a total body lock with plenty of tongue, underneath what never was the mistletoe; or telling Bashir, man-to-man, that you think his wife’s really hot,

especially in those shorts she wore last summer; or worse yet, explaining to your nieces that their mother got married in high school to a juggler but the grandparents had it annulled.   None of these things is going to make for a very holly jolly Christmas the day after, and they can all be easily avoided.  So tip the jug in moderation.  Besides, if you do, you’re not going to suffer a head the size of a buffalo the next morning when Cousin Amy’s kids need to practice their drum and trombone duet.

3 – Do not get carried away.  Just because the Three Wise Men brought gold, frankincense and myrrh (what the hell is myrrh, anyway?) as gifts doesn’t mean you have to.  Those credit cards are not a license to go bankrupt.  Use your head: January’s coming.

4 – Don’t deck the halls like Clark W. Griswold/Fa la la la la la la la la.  It sounds like a good idea to get the house all festive, but think about it … First of all, it’s a lot of work.  Secondly, they’re going to look like crap in February when you didn’t take them down ‘cause you’re too busy and it’s been minus 15 degrees since New Year’s.  Finally, remember how you’re always laughing at those idiots on the morning news whose house looks like it was donated by a nuclear power plant?  You don’t want to be that guy.  One, at the most, two strings of lights, carefully placed, can say Christmas a lot brighter than trying to out-Vegas, Vegas.  Use discretion.  (And leave the plastic Santa with the paint peeling off his hat in the garage.)

5 – Don’t eat so damn much!  You’re going to regret it when you get down to that all-inclusive Mexican vacation in January, slip on the Speedo™ and it disappears.  Nobody likes to look like a volleyball on legs — especially at a resort where the bikini is considered formal wear.

6 – Do not watch more than a couple of feel good holiday movies.  Too much sugar is bad for you, and in an hour or two, when your blood sugar drops like a stone, your perfectly good Christmas is going to appear cheap and tawdry

compared to Bing Crosby and Danny Kaye’s or the Miracle on 34th Street.   Space them out, and if you’re exposed to It’s a Wonderful Life or A Very Brady Christmas, either shoot yourself in the head or get a complete brain transplant: you don’t want those kinds of memories.

7 – Do not ever say “Christmas is getting too commercialized.”  You just sound like a middle class cliché.

8 — Don’t ever forget Christmas is about loot; the presents you get and the presents you give.  Really think about what you want for Christmas and what you’re going to give other people.  And remember the most precious thing you have to give or ever want to receive is time.