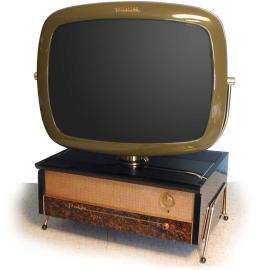 To put it politely, network TV is a vast, vacuous wasteland.  For every good program, there are at least fifty stinkers.   And don’t let any TV buff (read trivia nerd) tell you any different; it’s always been this way.  If there ever was a Golden Age in television, it was heavily camouflaged.  Network TV has always followed a very simple system: find something that works and repackage the hell out of it.  Then, when, everybody is up to their eyeballs in bored, find something else, and do it all again.  For example, right now we’re in the midst of crime shows and insult comedies, but as the doctor said to the kid who swallowed the quarter: “This, too, shall pass.”  The problem is there is one theme that never gets old – Christmas – and network TV’s been working that dead pony since David Sarnoff met Milton Berle.  Don’t get me wrong: there must be some terrific Christmas television out there, but, like Santa’s elves, it’s almost impossible to find.  So, in the spirit of the season I’ve put together a bit of a guide to save you tons of time.

Right off the bat, Made for TV Christmas movies are crap.  These low budget formulas are always filmed in Toronto or Vancouver to save money.  They usually feature a never-was actor with name recognition (Tom Arnold comes to mind) and somebody who looks so remarkably like Mary Steenburgen that sometimes she is.  The characters are handpicked from the cliché basket.  They 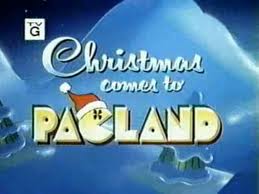 always amount to the usual suspects, with a few variations: the gruff but kindly old person, the nasty bastard, the cute kid who’s either losing or lost faith in Christmas, the parent too busy to notice and the love interest who pops in and out like a malfunctioning Christmas bulb.  The plot works these stereotypes unmercifully.  Normally, either Dad or Mom is dead — sometimes both — so the remaining parent or guardian can be either poor or overworked.  The kid is a misfit (either new school or bully bait.)  The old person’s life coach is Ebenezer Scrooge, and the love interest has been cloned from the world’s finest cardboard.  Of course, the Christmas crisis, whatever it is, (actually, by that time, nobody cares) is resolved in the end and the kid grows up to be the love interest in the sequel twelve years later.  Don’t bother with these wastes of digital space.  You’d be far better off getting your popcorn and Pepsi™ and watching the Holiday Fireplace.

In the same vein, every year there are a load of rerun Christmas TV specials.  The

networks call them classics and play them over and over.  Keep hitting the remote because the only ones worth watching are How the Grinch Stole Christmas (the original from 1966, not Jim Carrey’s fiasco) A Charlie Brown Christmas and the ones you watched as a kid.  The rest were made at the high water mark of Pokey and Gumby fame.   And although claymation may stir the hearts of artistic aficionados everywhere, to ordinary folks it’s like encountering a mime.  Yeah, yeah, yeah!  We all know it’s an art form, but I don’t want it anywhere near me.  So just download the ones you like and forget the rest.  There is, however, one notable exception which isn’t strictly network TV (PBS via BBC, actually) and it stands head and turkey above the rest.  It’s Merry Christmas Mr. Bean, and if you don’t understand the previous reference, you have got to watch this.  It is hilarious! 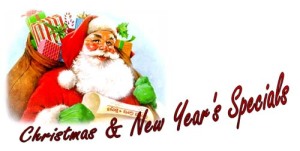 Which brings us to the Christmas Special, itself.  Over the years, the network TV Christmas Special has lost all its appeal.  Way back in the day, once a year, Andy Williams or Bing Crosby would haul out the winter wonderland backdrops and tuck into a few Christmas carols.  There were fake snow and lame jokes and either a puppet or a longhaired singer “for you young people.”  There was a guest star, possibly a comedy skit and one sombre “Silent Night” or “Little Town of Bethlehem.”  Then everybody joined in at the end to sing “We Wish You a Merry Christmas” and wave goodbye as if you were the one who was leaving.  The thing was (and this is what made them brilliant) it looked like Andy or Bing or whoever was actually having a good time.  Even though they probably taped the thing in August, it seemed, for all the world, that those people were enjoying themselves at Christmas.  They allowed us the willing suspension of disbelief.  It was sugar plum television.

These days, there’s a sharp edge to the Christmas Special.  The comedy is just slightly cruel, and it doesn’t look like anybody’s having any fun.  They go through all the motions and sing the right songs, but somehow they never step out of their celebrity personas.  You know it’s a Christmas Special.

I suspect there are still some good Christmas Specials out there, but I no longer have the patience to sit through the mountains of junk to find them.  And that’s the problem with network TV.  It’s loaded up with junk, and by the time you hear about the good stuff, you’ve missed it.  In the end, if I’m going to spend time with my TV at Christmas, aside from the few, tried and true, I’ll probably just watch a movie.

Friday: Christmas: A Guide to the Movies

One thought on “Christmas: A TV Guide”