Here are the answers to Tuesday’s riddles.

A truck driver is going the wrong way on a one-way street.  A policeman sees him but does not stop him or even write him a ticket.  Why?

Answer – The truck driver is walking.

A wise old king has no sons or daughters to leave his kingdom to, but he has 11 nieces and nephews.  He decides to test them to see which one is worthy to rule his kingdom after he dies.  He gives each one a pot of dirt and a seed and says, “Here is a chance to prove yourself.  You must plant this seed and honestly nurture it with no help from your parents or your friends.  In one year, I will see who has done the best job, and he or she will inherit the kingdom.
One year later, each of the nieces and nephews brings their plants back to the king.  Some have flourished, some are doing well, a couple are sickly and one pot has no plant at all.  The king says, “I now know who will inherit my kingdom.”  Who does he give his kingdom to, and why?

Answer – The one with no plant.  All the seeds were fake to test their honesty. 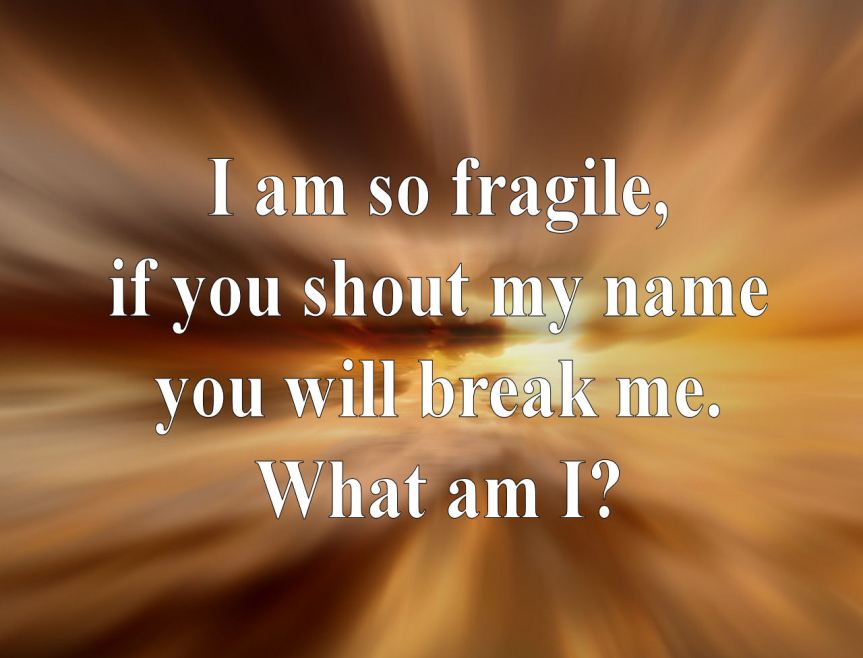 Answer – Happy Birthday to You.

A black car is driving down a lonely rural road.  There are no street lights and the car does not have its headlights on.  There is no moon or starlight.  A black cat is sleeping in the middle of the road, but the driver stops before he hits the cat.  How does the driver know where the cat is sleeping?

Answer – The car was driving in the middle of the afternoon.

4 thoughts on “Riddle Me This! — Answers”