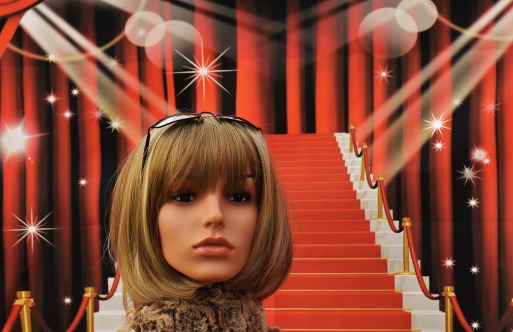 It may be too much to hope for, but it looks as if the terrible, terrible plague that has gripped our planet for far too long may be over.  … SERIOUS PAUSE … Uh – no – not that one, the other one: the soul- eating Cult of Celebrity.  Maybe — just maybe — our unholy obsession with celebrities could be in its final days.

It all started in March when Wonder Woman and her tone deaf (that works on so many levels!) choir trotted out John Lennon’s ode to hypocrisy, Imagine.  Although they meant it as feel-good manna from the ruling class, it didn’t take the peasants more than a few minutes to “imagine” Gal and the gang were a bunch of assholes.  After all, millionaires telling a bunch of people who are having trouble paying the rent to “imagine no possessions” is kinda adding insult to injury.  And from there, it just got worse.  Ellen DeGeneres, the world’s mightiest sycophant, told us that living in her multi-million dollar mansion was like “being in jail.”  Clearly, Ms. DeGeneres has never been in jail, seen a jail or even had a jail carefully described to her.  And of course, since then we’ve all learned that, even as she spoke, her smiles and chuckles production company was treating the staff as if Ellen was the warden.  Then along came Madonna, the Queen of Pop, and named Covid-19 the “the great equaliser.”  Oddly enough, she did it stark naked in a bathtub that probably cost more than my car!  Apparently, some of us are more equal than others, huh, Madge?  Then there was Jennifer Lopez frolicking in her huge backyard; Pharrell Williams, asking for money; Katy Perry, bored out of her mind, and on and on and on.  But for sheer audacity, nothing beats the crew of really, really white people on Twitter, celebsplaining how much Black Lives Matter in their “I Take Responsibility” campaign.  These Malibu militants were giving it their best shot, but it was almost impossible not to laugh at their “Dammit, I’m sincere!” sincerity.  First of all, they’re actors – Duh!  Secondly, we all know their only brush with black anything is probably Will Smith.  And finally, aside from wearing a T-shirt and maybe giving the housekeeper a Christmas bonus, these folks were done.  When they shut off the camera, they were going back to their enormous homes, their manicured lawns, their nannies, their drivers, their personal assistants and a little Grey Goose by the pool.  The message might be “We’re all in this together,” but anyone who’s watching knows we aren’t.

The truth is without Award Shows, Red Carpets, parties, photo-ops and the Late Night Jimmies (Kimmel and Fallon) the celebrity emperor has no clothes.  When push comes to shove and serious stuff is on the table, it’s painfully obvious that celebrities are less than useless.  In fact, they’re part of the problem, because they insist that fame somehow makes them relevant — that their political insights, their social awareness and – OMG! — their medical advice actually means something.  It doesn’t.  It’s just muddying the water.  Personally, I’m praying that, as more and more people discover this, when the New Normal finally gets here, there won’t be any room for these parasites.  We can only hope!

6 thoughts on “Cult Of Celebrity!”