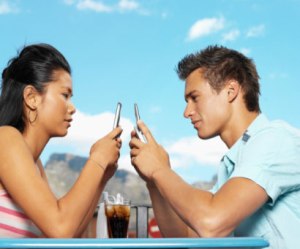 Even though I spend most of my time running a losing race with technology, I love it.  I look at kids phone-thumbing their way across the virtual universe and think “What a wonderful time to be alive!”  However, like most people my age, I’m already nostalgic for some of the finer points of the old world that technology is destroying.  First among equals on that list is the retort, that verbal slap that says: “Throw down!  ‘Cause this conversation just got serious.”  It’s impossible to retort electronically.  First of all, there’s too much lag time.  The retort has to be on the fly, swift, offhanded and sharp as a rapier’s thrust.  Secondly, there’s way too much nicey-nice in the digital world; too many LOLs and those sucky little emoticons.  The best you’ve got to be demonstrative with is the cap lock key, and that’s just sorry.  Finally, the retort has to be face to face; half of its power is delivery, half is tone and the other half is the nanosecond of recognition in the other person’s eyes that says “Gotcha!”

It’s really too bad the retort is fading from our world; however, I’ve collected a few to save them for posterity (like memorized books a la Fahrenheit 451) in the hope that, one day, the retort will be resurrected for general use.

I’d agree with you if you were right.

We can’t have a battle of wits; you’re an unarmed man.

If you’re so smart, why aren’t you rich? 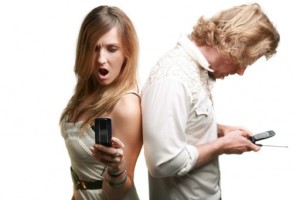 That argument is an encyclopedia of misinformation.

If you’re trying to be a smart ass you only got the second half right.

Obviously, the only thing on your mind is a hat.

I could drive a truck through that argument and never hit the truth.

You’re not the village idiot; you’re his apprentice.

There are only three things wrong with that argument: the beginning, the middle and the end.

If thought were a symphony orchestra, you’d be playing the bagpipes.

I could make a better argument out of Alphabet Soup.

What did you study in school?  Recess?

Ideas that are that stupid should be put in solitary confinement.

That isn’t a painting; it’s paint.

That idea is about as bright as Cassiopeia on a cloudy night.

If stupid was an Olympic event, you’d be in the medal round.