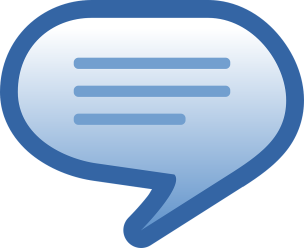 It’s generally agreed that we’re living in an age of extraordinary stupidity.  Our role models are celebrities whose careers consist of wardrobe malfunctions, the highest ambitions of our children don’t reach higher than the stars of Reality TV, and our vision of the future is Season 8 of The Walking Dead.  Let’s face it, folks: Einstein, Newton, Archimedes and Copernicus are all spinning in their graves — even though most of us don’t know who the hell those people are!  However, here’s a thought: I don’t actually believe the human race is any stupider now, than it’s ever been. It’s just that, these days, our technology makes us aware of it.  Here are a few quotes from the past which illustrate my point.  First of all:

“Everything that can be invented has been invented.”  Charles H Duell, Commissioner of US Office of Patents — 1899

“It is impossible to transmit speech electrically. The ‘telephone’ is as mythical as the unicorn.”  Johan Poggendorrf, German physicist — 1860

“This telephone has too any shortcomings to be seriously considered as a means of communication.”  Western Union internal memo — 1876

“I have determined that there is no market for talking pictures.”  Thomas Edison — 1926

“Theoretically, television may be feasible, but I consider it an impossibility — a development which we should waste little time dreaming about.” Lee de Forest, inventor of the cathode ray — 1926

“Television won’t last because people will soon get tired of staring at a plywood box every night.” Darryl Zanuck, movie producer — 1946

“There’s no reason for any individual to have a computer in his home.”  Ken Olson, Digital Equipment Corporation — 1977

“I think there is a world market for maybe five computers.”  Thomas J. Watson, Chairman IBM — 1943

“The truth is no online database will replace your daily newspaper.” Cliff Stoll, Newsweek — 1995

“Flight by machines heavier than air is unpractical and insignificant, if not utterly impossible,”  Simon Newcomb, mathematician — 1902 (two weeks before the Wright brothers proved him wrong.)

“Airplanes are interesting toys, but they have no military value.”  Marshal Ferdinand Foch — 1911

“It will be years – not in my time – before a woman will become Prime Minister.”  Margaret Thatcher — 1974

“No audience will ever be able to take more than ten minutes of animation.”
Walt Disney executive, considering Snow White and the Seven Dwarfs — 1930s

“That ‘rainbow’ song is no good. It slows the picture down.” an MGM producer, after first screening of The Wizard of Oz — 1939

But this is my favourite:

“We don’t like their sound, and guitar music is on the way out.”
Decca Recording Company, rejecting the Beatles — 1962

I rest my case.

3 thoughts on “Stupid Is As Stupid Was”