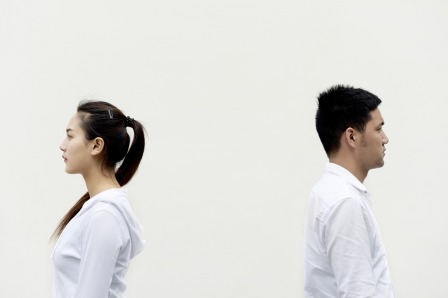 One of the reasons I hate “relationships” is people are beginning to think they’re the natural order of things.  They’re not.  Antony was not in a “relationship” with Cleopatra; he was in love with her.  D’uh!  Unfortunately, in the 21st century, a lot of people think love is some kind of an emotional unicorn. (Everybody knows what it looks like, but nobody’s actually seen it.)  So, rather than taking a chance on a nasty kick in the heart, we’ve replaced the whole messy business of love with the “relationship” — a muddy little word that can mean just about anything.  This guarantees that nobody has too big an emotional stake in a very emotional game.  The problem is, however, once you’ve signed a pre-nuptial agreement on your feelings, most “relationships” last a lot longer than your emotional commitment to them — with disastrous results.  Here are a few ways an overdue “relationship” can suck the life out of you.

I’m A Coward — This is when two people stay together because — well — because.  Nobody wants to end up sitting alone on a park bench, feeding the pigeons.  However, staying together just to avoid that is something science calls inertia, and once that sets in, you’re already halfway to that bench.

Revenge — This is simple: “You’re not the person you told me you were, and I’ve wasted a lot of time on you. So now I’m going to make you just as miserable as I am.”

Emotional Paintball — This is the relationship that’s nothing more than a low-level firefight.  These people spend their days sniping at each other and setting up elaborate emotional ambushes.  They do it for the drama ’cause there’s nothing else there.

What About The Stuff? — These are the people who stay together because of the house, the cars and all the other crap they’ve accumulated.

What Will The Neighbours Think? — This is the couple who are always looking over their shoulders ’cause they believe everyone is so-o-o interested in them.  They don’t actually like each other anymore, but their collective egos won’t let them split up.

The Children — Worst reason ever!  Passing your dysfunctional lives on to the next generation is just child abuse.

Sex — Here’s the deal.  Eventually, gravity and Mother Nature are going to come calling, and you’re not going to look all that good naked, anymore. ( Just sayin’!)

And that, folks, is why you’re better off believing in love.

4 thoughts on ““Relationships” Are Dangerous”