More than a few years ago, my niece asked me why we study history.  Actually, what she did was look up, in frustration, from a thick textbook that was mostly pictures and said, “Why do we have to learn about all these old _______s?  She used an expletive, inappropriate for a 15-year-old — even now.  I almost had a heart attack.  Not because of the expletive — I’d heard the word before – and used it a time or two.  No, I was astounded that there was someone on earth who wasn’t fascinated by old stories; especially when that somebody shared huge chunks of my DNA.  Up until that moment, I had thought everybody loved history.  I’ve since learned that large segments of our society are afraid of it.  My niece, by the way, has long since seen the error of her ways — or so she told me after several harangues on the subject.

These days, history is subject non grata in the halls of learning.  It’s kinda like farting.  Everybody is aware it exists, but it’s not acceptable in polite conversation.  People, in general, don’t talk about it and the ones who do aren’t really worth talking to.  It … makes people uncomfortable.  When the subject does come up, they tend to laugh nervously or give it the indignant scowl.  This is entirely understandable, by the way; most contemporaries don’t know enough about history to fill a mouse’s ear.  It hasn’t been taken seriously in Canadian schools for over a generation.  You see history is dangerous.  Not all those stupid dates and battles and crap – that’s just memory.  It’s the actual history itself – the wherefores and the whys – that’s what scares some people.  They’re frightened by the stuff that’s etched in stone – sometimes literally.

People who hate history do so for no other reason than that it exists.  It is the 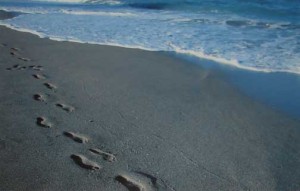 accumulation of our shared human experience.  It is a permanent collection of our ideas and ideals.  It not only tells us where we came from; it tells us how we got here.  It’s like having a bunch of really, really smart grandmas who know how to make cookies.  We don’t have to reinvent the chocolate chip wheel every time we want a snack ‘cause Grandma left us the recipe.  Pretty simple, actually, but it’s the way the entire world works.  For example, you might be reading this on your Smartphone because Grandpa Graham Bell wanted to talk to deaf people.  Or you’re commuting to work because great-grandpa Watt was fascinated by his mother’s tea kettle.  Or you see an emergency and call 911 because great-great grandpa Hammurabi figured out that the rule of law is better than every man for himself.  It’s all the same, and it goes on and on.  Every single one of our innovations and institutions is built on these little itty-bitty layers of knowledge, put together by our ancestors.  It’s a permanent record of what we are and we can’t change it.  That’s why a lot of people fear history so much.  It knows where the bodies are buried and it has all the evidence.

It’s very difficult to lie to people when they have all the evidence.  That’s why dictators take after history with such a vengeance.  They really don’t want people looking too closely at ideas that disagree with them.  Just look at Grandfather Hitler: he wanted to remake society into his vision of a fascist paradise.  So, one of the first things he did was gather up all the books that said anything different and burn them, in places like Heidelberg University.  He thought that if he destroyed the inconvenient parts of history (the ones that showed he was clearly a madman) he could rewrite the rest to justify his insanity.  He almost made it, too, but he was denied his demented social order because ordinary people all over the world knew better.

My point, of course, is if you want your vision of society to be the model for the future, it’s best to get rid of the past.  After all, the historical record of Hitler we’ve just seen shows us it’s impossible to convince people you hold the exclusive rights to utopian ideology when history says you’re a fraud.

These days, however, when you want to destroy the past, you don’t have to go all 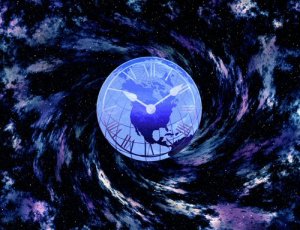 Fahrenheit 451 on it.  All you have to do is discredit it.  In my country, for the last couple of generations, history has gone from a serious study of events and ideas to a series of J’Accuse kangaroo court cases.  Historical people and events have been tried in absentia by a judge and jury of our temporary contemporary values and found guilty.  History is now considered to be nothing more than a set of misguided nefarious plots, perpetrated on the world by dead European men.  The quaint idea that our 2011 values are the be-all/end-all has closed the door on any serious discussion of history.  The irony is that every generation thinks history ends with them.

Obviously, history will continue, but with an entire generation historically illiterate, it’s difficult to realistically discuss either the present or the future.  We cannot talk about social, political or economic change when the only knowledge most people have is anecdotal living memory.  More importantly, without any background, many people cannot hope to understand our society’s serious problems.  It’s no wonder they seek wisp in the willows solutions or follow the simple demagoguery of sound bytes: their only point of reference is the here and now.

I’m certain that eventually, the pendulum of history will swing, but as our problems multiply exponentially by dint of overwhelming ignorance, it can’t come fast enough for me.  Fidel Castro once said, “History will absolve me.”  I’m not sure that’s going to work for us.

3 thoughts on “History: Don’t be Afraid!”